DENIAL OF JUSTICE: The case of Hasan Nuhanović. 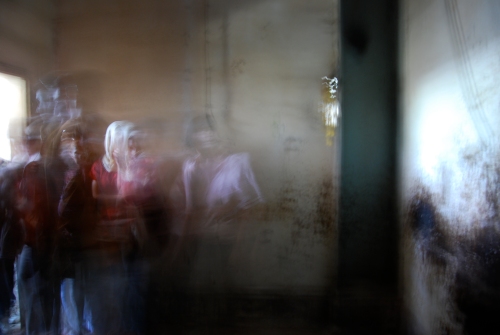 In June I posted a press release about the law suit against the dutch state by a former translator, Hasan Nuhanović, whose family was handed to the serbs by the UN DutchBat.

The outcome of the case of Hasan Nuhanović against the dutch state was known today:

Concluding a six-year case, the Hague District Court said on Wednesday that the Dutch government could not be deemed responsible as its peacekeepers in Bosnia had been operating under UN command.

“The state cannot be held responsible for any breach of contract or wrongful act committed by Dutchbat [the Dutch military],” the ruling said.

“Neither is the state liable for wrongful action taken by those in charge of the armed forces or members of the national government.”

Two months ago, a similar case against the UN in a dutch court was rejected, due to the fact that the UN has the privilege of immunity:

A Dutch court has ruled that it is unable to hear a case brought against the UN by relatives of victims of the 1995 Srebrenica massacre in Bosnia.

The court ruled that UN immunity, enshrined in its charter, meant it could not be prosecuted by any state.

But it said a civil case against the Dutch state, over its troops’ failure to protect civilians, could proceed.

The status of immunity, which the text from the BBC incorrectly says to be enshrined in its charter, is a consequence of the application of the doctrine of implicit competences to international organizations. This doctrine states that an International Organization must be able to use not only the powers explicitly  predicted in their constitutive treaties, but also the necessary powers to be able to fulfill the goals to which it was created.

This was recognized by the International Court of Justice in 1949, in the case called “Reparation for Injuries Suffered in the Service of the United Nations“, after the assassination of the UN mediator in Palestine, Folke Bernardotte. The ICJ recognized that the UN has international juridical personality, and that its agents benifict from priviledges and immunities paralel to those that diplomats and other state officials have.

These privileges and immunities were granted to make sure that the UN was granted with a level of autonomy that allowed it to fulfil its goals, which are, above all, the goal of preserving peace and security.

It was supposedly to fulfil the goal of preserving peace and security that the ‘safe areas’ were created.

we all know how this ended…

But still, despite having totally failed in fulfilling the goals that legitimize the existence of the status of immunity,it is those legal mechanisms that are invoked to deny justice to the victims.

We are here upon a scandalous case of the spirit of justice being distorted. The victims cannot ask the UN for responsibilities, because the UN has immunity, but the dutch state cannot be  considered responsible because its military were acting under the UN.
The UN, which failed to protect the victims, is successful in protecting itself and its agents from those which it failed to protect, while not only the dutch government, but also the dutch judiciary system wash their own hands, dismissing their own responsibilities, not only towards the victims, but also towards the idea of justice itself.

All of it in the name of international peace and security…

…tasteless wall paintings, it seems that was the true mission of the dutch bat… thirteen years latter, the drawings are still there, and not the drawings. behind this wall is the room depicted on the photo above.

10 responses to “DENIAL OF JUSTICE: The case of Hasan Nuhanović.”