Thanks to Richard Byrne at Balkans via Bohemia, I came to know that today we are commemorating twenty years over the death of the great Yugoslav writer Danilo Kiš.

One of the things that keeps me attracted to Yugoslavia and its successor countries is the quality of writers and intellectuals, which by contrast, make the dominant narrow minded nationalism even more appalling. In Serbia and in Bosnia I was able to meet vibrant people, cultivated cosmopolitans trapped in societies dominated by parochial concepts of national interest.  Meeting such people was always produced in me a contradictory feeling of being intellectually stimulated by them and at the same time absorbing a certain sense of hopelessness, the feeling of frustration of realizing how difficult it is to promote one’s cosmopolitan perspective agains the narrow mindness of parochialism.

On his short story “A man with No Country”, published in Balkan Blues: Writing out of Yugoslavia, such feeling is, I think, clearly expressed in the final paragraph:

The great idea of the community entered drawing rooms and market-places, and under its banner rallied the wise and the stupid, noble souls and rabble, people linked by no affinity whatsoever, by no spiritual kinship, except for that banal, kitsh and dangerous theory of race and social origin.

Danilo Kiš is considered to be the last Yugoslav writer. As Richard Byrne highlights, the conflicts that tore Yugoslavia apart were rooted in the paranoia and ignorance belittled by Kiš, and the cultural artifacts of that era trafficked in the banality and kitsch that he so savagely ridiculed.

This is not to say that Yugoslavia was a cosmopolitan paradise, but just to remember how its potential was destroyed. Every time I go to Belgrade, a city that I love and where I feel almost as much at home as in my own native Lisbon, I have the impression that, had the dissolution of Yugoslavia been conducted through non-violent means, Belgrade would be by now one of the great cities of Europe, probably the cultural and economic centre of South Eastern Europe. Of course, this is nothing comparing to the damage cause to a city like Sarajevo, a city where more than ten thousand people were killed, a city which had to endure the longest siege in modern History and whose identity was severely damaged.

Unfortunatelly, looking around in contemporary Europe, I see too often, at least too often for my taste, the same narrow mindness, the same ‘repli identitaire’, to use the french expression, the same kitsch that so much appalled Kiš. For that reason, I think that Danilo Kiš is mandatory reading to anyone who appreciates subtety and values an open commitment against totalitarian mentality.

Today is the anniversary of the liberation of Auschwitz. In 2005, the day was declared Holocaust Memorial Day by the United Nations General Assembly (A/RES/60/7, 1 November 2005, adopted by consensus).

I take this day as an opportunity to pay my tribute to Aristides de Sousa Mendes, the Consul of Portugal in Bordeaux, who, in 1940, saved the lives of more than 10 000 Jews, who were fleeing the Nazi invasion of France. 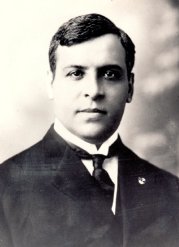 On 16 July 1940, he decided to disobey the orders coming directly from António Oliveira Salazar, the Portuguese dictator, who had forbidden the issuance of visas to “foreigners of nationality undefined, contested or under litigation; apatridas, and Jews”.

On that day, he said: “From now on, I will grant Visas to everybody, regardless of nationality, race or religion”. After the Consulate was closed, he still kept issuing Visas, until the moment he entered Spain. He justified his stubborness and defyance with these words: “If I have to disobey, I prefer to disobey an order issued by men than an order issued by God”.

He was expelled from the diplomatic service and persecuted by the regime, and died as an indigent in 1954.

I take this example of non-conformism as very inspiring, since it happens that it’s simply so much easier to just follow orders and never take risks.

I still keep the card that Jelena Markovic gave me when we first met. It says:

I understand that in such a small piece of paper we can only write the essential informations that we want others to remember, but as I got to know her I realized that her artistic skills go much further than her chosen profession (although Film and TV Director does sound glamourous). Jelena expresses her perspective about the society in which she lives as well as her impressions on everyday life using all forms of art that she can reach. She writes, not only her scripts, but also poetry, prose and essays, both in her mother tongue, serbian, and english; she photographs, she also draws and recently she started developing the technique of collage, with impressive visual effects. For her, art has no boundaries, and she is not afraid to dive into the unknown. That’s one of the features I most appreciate in her, because i particularly dislike boundaries, frontiers and all physical or mental devices designed to keep people apart and diminish their freedom of movement and expression.
A committed artist, Jelena works with the purpose to reach an audience, but she does so in a very subtle way, so that we, her audience, may immediately feel attracted by her art productions, but only slowly will realize our their deeper meaning. I remember that, the second time that I watched her documentary Connections, I was amazed with the amount of details that had escaped me the first time. The same happened with some of her poems, and then with her collages.
I consider myself extremely lucky to have a person like Jelena Markovic as my friend. Jelena always welcomes me to her home when I go to Belgrade, and the first time I ever drank turkish coffee it was Jelena who prepared it for me. It is also a privilege and a pleasure to observe her work progressing and to discuss mine with her.

On my last stay in Belgrade, after we concluded our deep research on our favorite saint, Sveti Sloba, I invited her to join me on my blog. We then decided that it made more sense that each of us should have its own blog. Friendship allows intimacy, but also requires a certain distance, and anyway blogs are nowadays our best presentation cards so it’s better that they are individual. This is how Café Turco’s sister blog, Invisible Sights, was born.
I believe Invisible Sights is a blog worth visiting, not because Jelena is my friend, but because there we can find a cosmopolitan, uncompromising perspective on serbian society and life in Belgrade that may be very helpful to help deconstruct the prevalent stereotypes about Serbia. It is not only an artist’s blog, but really a citizen’s blog. Serbia being a country where culture was and still is so widely exploited by nationalism, I am sure that those people who think it is worth supporting the development of a civic culture in Serbia will find her blog appealing.

On the photo: Jelena drinking turkish coffee (my photo).

This is a letter I have just received from a colleague from Belgrade:
Dear all,
I would like to share with you one information that made me very happy!
Radovan Karadzic, leader of Bosnian Serbs during the war in Bosnia, indicted before the ICTY for variety of serious crimes, among other for the Srebrenica genocide, fugitive from justice for 12 years, has been arrested in Belgrade yesterday night.
During the press conference that was held a minute ago the high state officials of Serbia have stated that he was hiding in Belgrade, his identity was well hidden, he was working as the alternative medicine doctor in one Belgrade’s small doctor’s surgery (he was healing people ?!?). He was arrested in a bus when he was going to work.
I know that this all sounds a bit crazy, but it is true.
This story has 2 points:
1) Be careful in the future if you want to seek the advice from the alternative medicine doctor 🙂
2) Most important thing – the law enforcement bodies are usually very capable to do their work – it is the political will that is needed to confront the problem! That could equally be applied in the case of combating trafficking in human beings.
Warmest regards to everyone from Belgrade!

Andjelka, it’s just great to have friend like you. In the end it is people like you that will rescue Serbia’s lost dignity!

LEONARD COHEN IN LISBON: thank you for such a wounderful concert!

Yesterday was one of those days that make me thank my parents for not having stopped at their ninth child.

20 years ago, Leonard Cohen gave a concert in Cascais. I didn’t go, but my brother did. After that, he couldn’t stop himself from listening to Leonard Cohen. I listened too. I had no choice. I am not deaf, and unlike our eyes that we can shut, there is no way not to ear, when your older brother (actually my 6th older brother) is the one who owns the tape recorder. Being the 10th of 12 children has its advantages. Of course I am not expecting those who have small families to understand that. It doesn’t matter, thanks to my brothers and sisters and my mother and father, I grew up listening to lots of music that my own generation didn’t have the chance to appreciate.

Yesterday I had the chance to listen to Leonard Cohen live in Lisbon. It was a wonderful evening. The night fell smoothly as Leonard Cohen and his band gifted the audience with almost 3 hours of the best of his best music. I hope that one day, when I get old and my brain starts deteriorating, and that I loose my memory and my reason, my heart may still remember the joy I felt for being there and how light I was feeling afterwords.

I am posting a You tube with one of the musics from last night. This you tube video was recorded in May 2008, in one of the concerts of his current tour. I admire Leonard Cohen above all as a poet. For me he is above all a poet, a poet that also composes and sings. Leonard Cohen is one of the reasons why I love the English language. His lyrics inspire me, and those readers that happen to know me personally know that I frequently quote him.

However, I chose a song whose lyrics are not his. Take this Waltz is a tribute to Federico Garcia Lorca, a poet that left too many poems unwritten. He was assassinated by spanish fascists for the simple reason that they didn’t like him. He was too independent, too non-conformist and too cosmopolitan. They just couldn’t stand him so they took him, he lost his life and we lost the chance to admire his poems yet to be written. Thanks to Leonard Cohen many people who would otherwise never come across into Lorca’s poetry had the chance to get to know him. A beautiful way to honour his memory.

Federico Garcia Lorca’s body was never recovered. An olive tree was planted in the place where he was shot.

Update: Here you can find some you tubes from the Lisbon Concert (and a link to my own blog).