On Saint Anthony’s day, Ireland says no to Lisbon

Today the news tell me that the irish voters rejected the new EU Treaty.

This thing of having the name of my city on the new EU Treaty may be flattering, but is also a little upsetting, when the slogans against the EU Treaty are “NO TO LISBON”.

When the irish catholics were persecuted, irish priests and nuns were offered a safe haven in Lisbon, where dominican irish founded the church of Corpo Santo, and the Convent of Bom Sucesso, that became also the first institution that offered school education for girls in Portugal.

This school still exists, and is still run by irish nuns. I studied there (I didn’t really studied there, I just attended the classes and pretended to study), and although I don’t agree with people putting their children in private shools, I have to say I am very grateful to those nuns, who were much more progressive than the portuguese catholics, and, with only one or two exceptions, genuinelly kind.

So, the see irish slogans saying NO TO LISBON hurts my feelings, as I consider my citizenship as a Lisbon much more important than my nationality. I would have no problem with a slogan saying NO TO PORTUGAL but is puzzles me how can anyone say no to Lisbon… 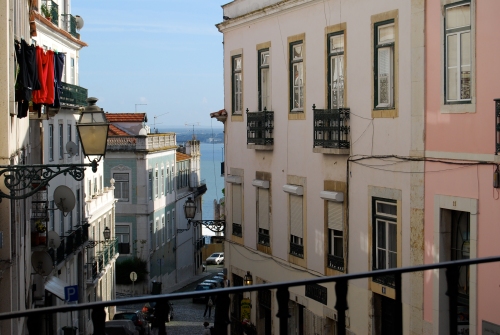